Turn of the Twentieth Century Gem

“There’s a lot of warmth in memories,” says Nancy Jackson, who, along with her husband, Jim, is giving me a tour of the turn-of-the-20th-century home they moved into in 2015. The serene, tree-shaded grounds and the home itself, with an interior filled with family heirlooms and collected treasures from across the decades and across the globe, testify to this sentiment.

After marrying four years ago, the couple searched the South Hill for a property that could be their shared home and project. “You know, at our age, most people downsize,” Nancy says. But she and Jim love to entertain, and they also love older homes and neighborhoods full of character and charm.

They drove past this exact property many times before it went on the market, and even gave it a name, Greystone. “We named it before we ever knew we would buy it,” says Jim, who refers to the home as one of the South Hill’s grandes dames.

It’s easy to see why. A three-story, granite-block home that sits on a quiet, beautifully landscaped lot, it was built by Dr. Frank Ross Fursey (one of the first to practice the then-new specialty of obstetrics in Spokane) between 1913 and 1915. Over the years a handful of owners, many of whom have had a long tenure, have preserved its integrity while also modernizing it. What was once a small kitchen is now a mudroom, and what originally were the waiting room and exam room for Dr. Fursey’s medical practice are now combined into a larger, more modern kitchen space with an island, granite countertops, and open shelving.

“It’s had some wonderful, wonderful owners who have respected the integrity of the home,” says Jim. “That’s what we’re trying to do, is be good stewards of this bit of the 20th century.”

Since moving in, the couple have painted many walls, refinished the wood floors, and taken on capital improvement projects (a new boiler, the water line, the sewer line). The bulk of their energy, though, has gone to landscaping. The home once sat on a long slope leading down to the avenue. During the notorious windstorm in November of 2015, not long after they took ownership, a 120-year-old green spruce was downed, leaving an enormous root ball on the corner of the property. The need to bring heavy equipment onto the property to haul it away became an opportunity to rethink the landscaping. They ended up with not one, not two, but eight terraces, they say with a laugh. “It’s just like [the adage], ‘never paint the bathroom because you’ll end up redoing your entire house,’” Jim says. “That’s sort of what happened with the outside.”

They have loved working on the property. “We have had more fun, just fun,” says Nancy of the renovations.

The yard is meandering and peaceful, full of quiet spaces and gathering places. “Marian’s Labyrinth” is the name of the winding rock pathway designed by a friend. There’s a gazebo where friends often wander down to sit quietly and meditate. There are flower gardens, and toadstool steps leading from terrace to terrace. One especially meaningful space, a memorial site of sorts, is marked with a plaque that quotes Rumi and lists the names of beloved family and friends who have passed away. Guests are welcome to honor their own loved ones here, bringing a rock and laying it down in that person’s honor, or taking one of the silver bells—which Nancy has displayed on a window ledge—to ring in the space.

The couple are quick to point out other beloved spots in the yard. “This is the best room in the house in the summer,” says Jim of the umbrella-shaded, tranquil terrace off the back of the home. Another terrace, which they’ve dubbed “the cathedral,” has open seating beneath a soaring green ceiling of evergreen boughs. They also point out happy discoveries and intentional additions to the property, like the stone carving of the Virgin Mary they discovered in a little arch in a retaining wall, and the Kwan Yin sculpture that’s displayed in a lower section of the yard. “I think the house and grounds have always had a lot of feminine energy,” says Nancy, referring in part to the fact that, from its earliest days as the home of an obstetrician, this was a home where pregnant women came and babies were delivered.

Inside, the home is filled with antiques and mementos. “It’s furnished with family heirlooms—ours and others’,” says Nancy. There is artwork that came from family members, framed family photographs, heirloom baby shoes, and other items collected from travels all over the world. The original charm and vintage of the home are honored and preserved, evident in its woodwork, the tin roof in the mudroom, the upholstered inset walls of the dining room, the elegant turned staircase, and the charming sleeping porch (where the couple’s grandchildren sleep when they spend the night). Family china is displayed in the dining room, where portraits of people from all over the world, painted by a German friend, stand along a ledge. In the kitchen—where avid cook Nancy most often finds herself—the open shelving flanking the charming, brick-surround fireplace displays a collection of Polish Pottery.

Any window with a less-than-attractive view (a flat roofline, the garbage and recycling cans) has been covered with stained glass, pieces the homeowners sourced from across the country, all of which have their own stories, some dating back to the 1800s.

The living room has lots of gathering spaces for the couple and their guests: in front of the tiled fireplace, around a round table, at one of the groupings of antique chairs and couches, or on the window ledge (since the home is built from 18-inch granite blocks, all of the windows offer deep seats).

On the second story are the bedrooms, a master suite, the sleeping porch, an office, and the original maid’s quarters. Each room is filled with well-loved items. In one guest room alone is a carved furniture set from around 1900, which belonged to a nurse in Spokane at the turn of that century. In it are also relatives’ framed photos, Nancy’s grandmother’s sewing chair, a French desk, antique upholstered chairs collected by friends, and lacy linens Nancy found on eBay (she describes herself as “a Craigslist haunter” and scours eBay regularly as well).

Upstairs, the attic is a finished, airy space that is used for everything from meditation to yoga to dance parties; the couple refer to it as “the ballroom” in honor of how it was used by the original owners. There are cushions for kneeling, artwork passed down by one of the prior homeowners, and the recent addition of Tibetan singing bowls, musical instruments Nancy’s son, John, brought back from his travels.

The home exudes a sense of peace and of welcome with its deep ties to the past and embrace of the world at large. Jim and Nancy treasure their diverse circle of family and friends old and new, believing that all who come add something to the home just by their presence.

As it says in a framed note by the front door that Jim and Nancy have hung to greet all who come to Greystone, “All our guests are valued and welcome.”

If you know of a home—or have one—that would be a good fit for our house feature, please send an email to stephanie@spokanecda.com. 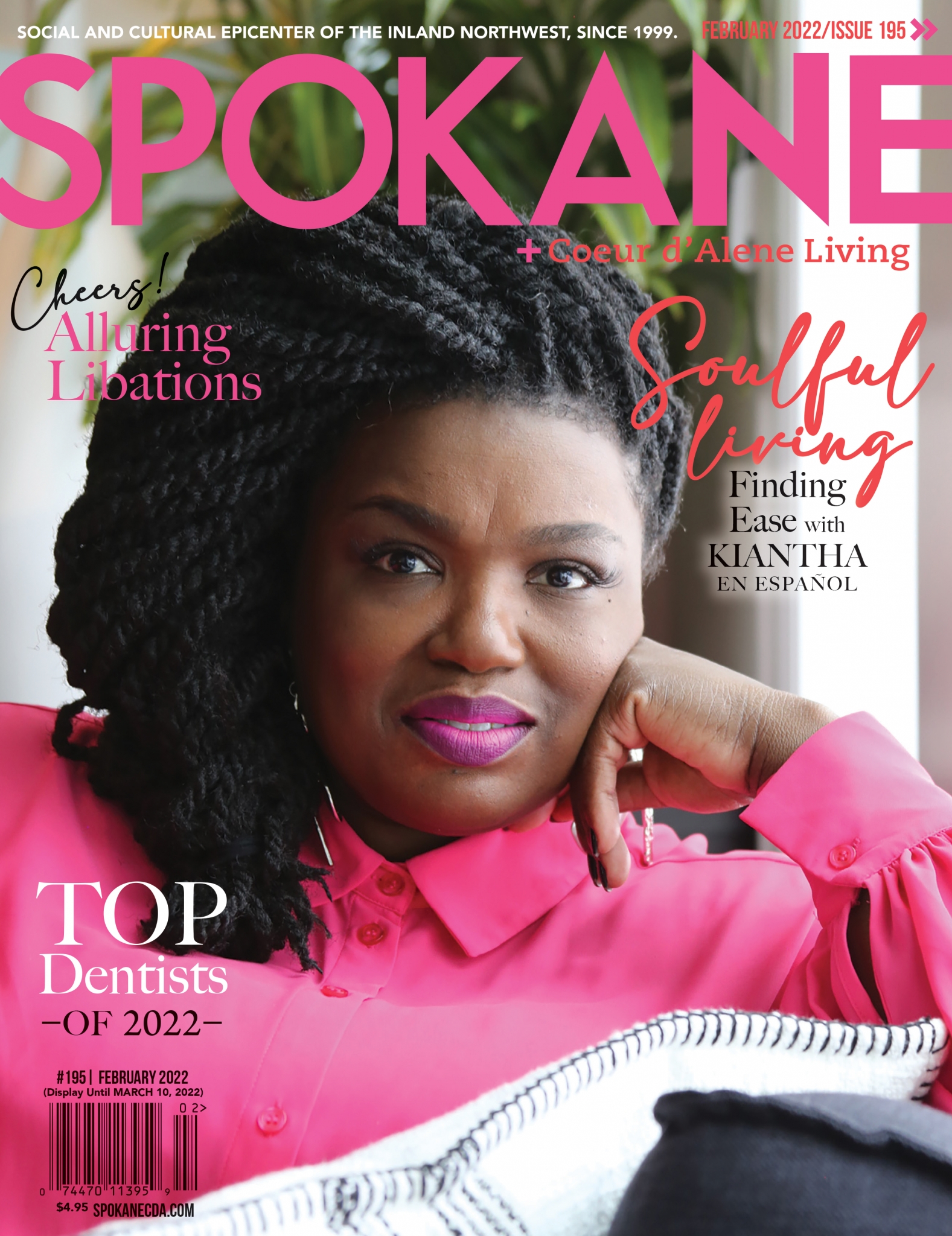 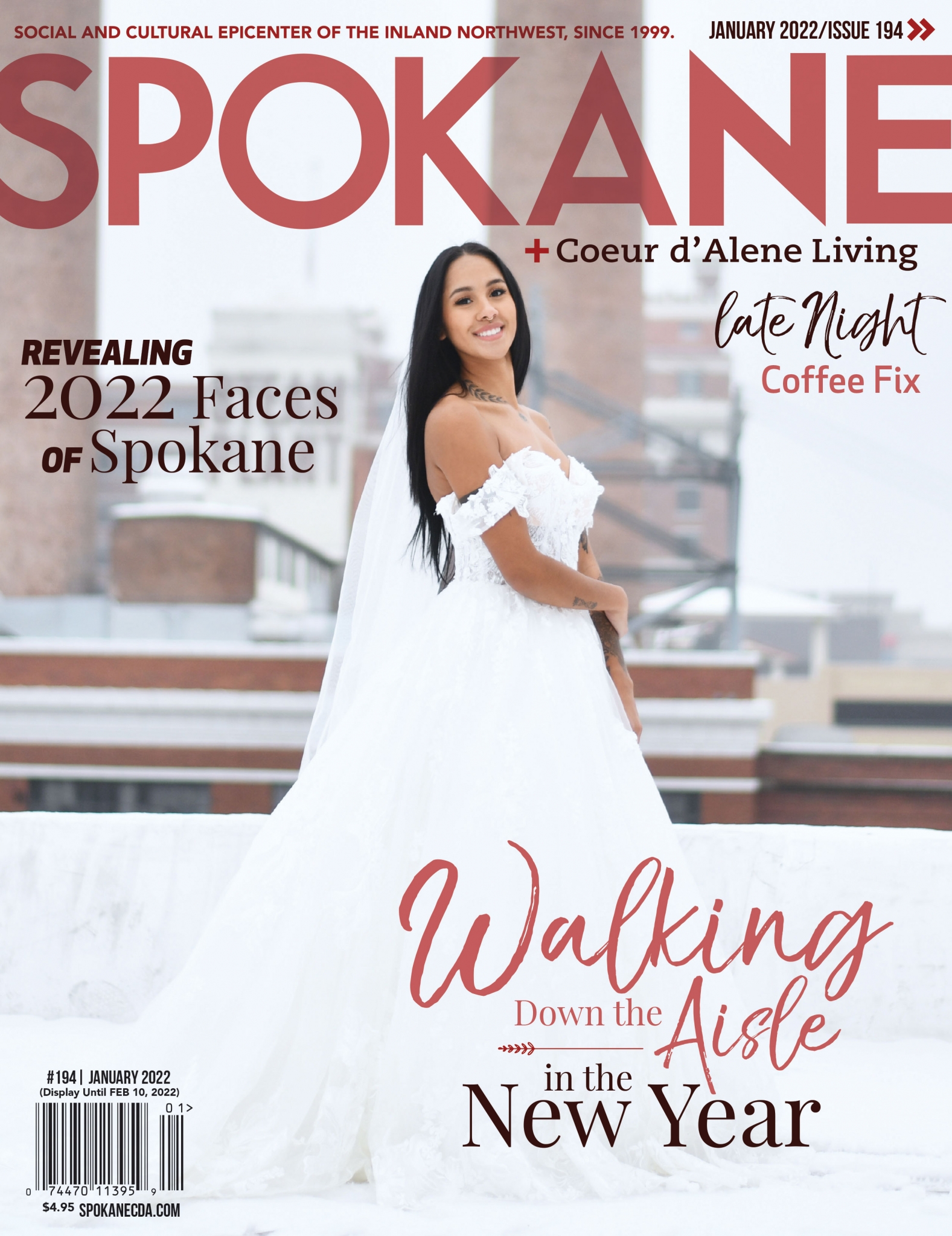 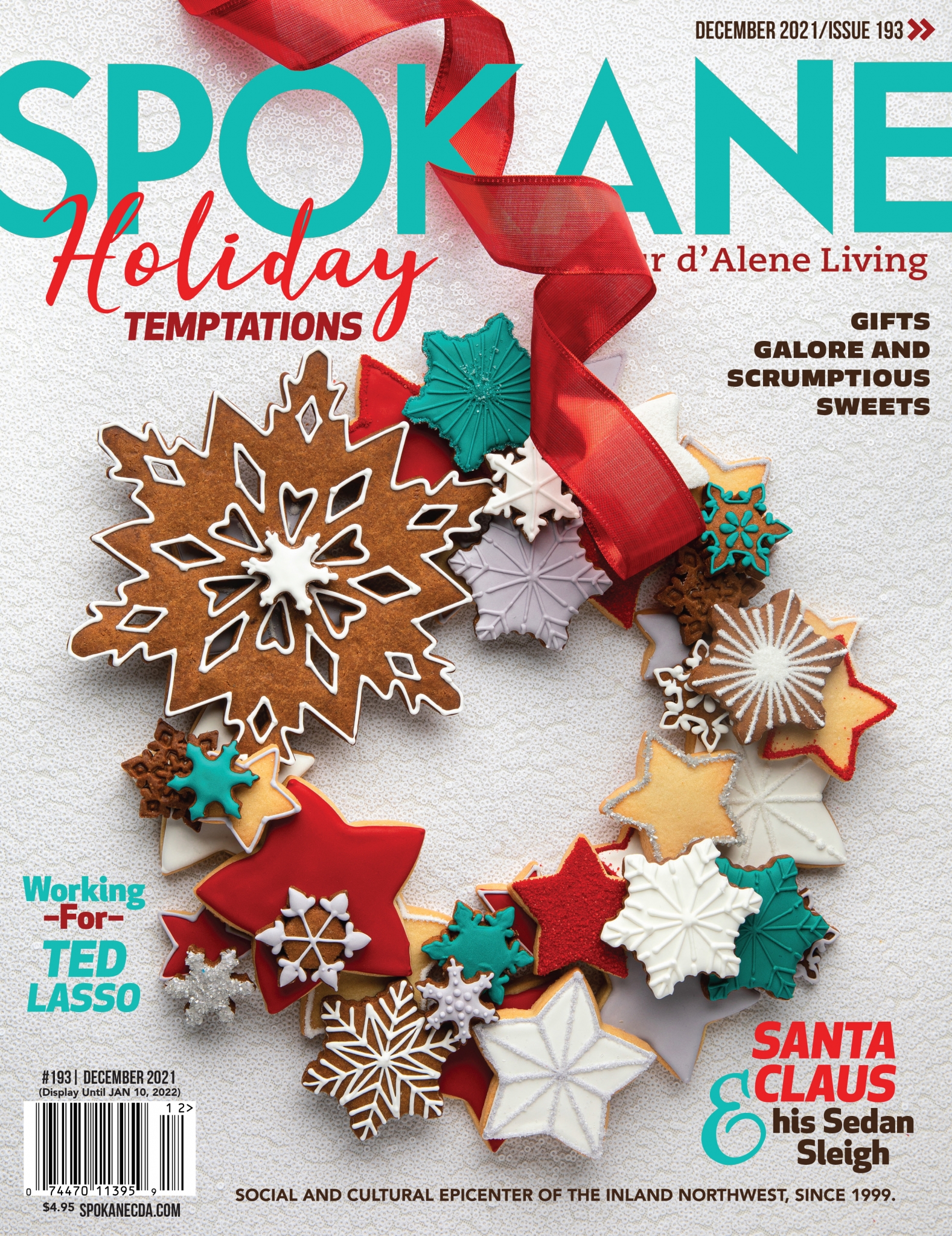 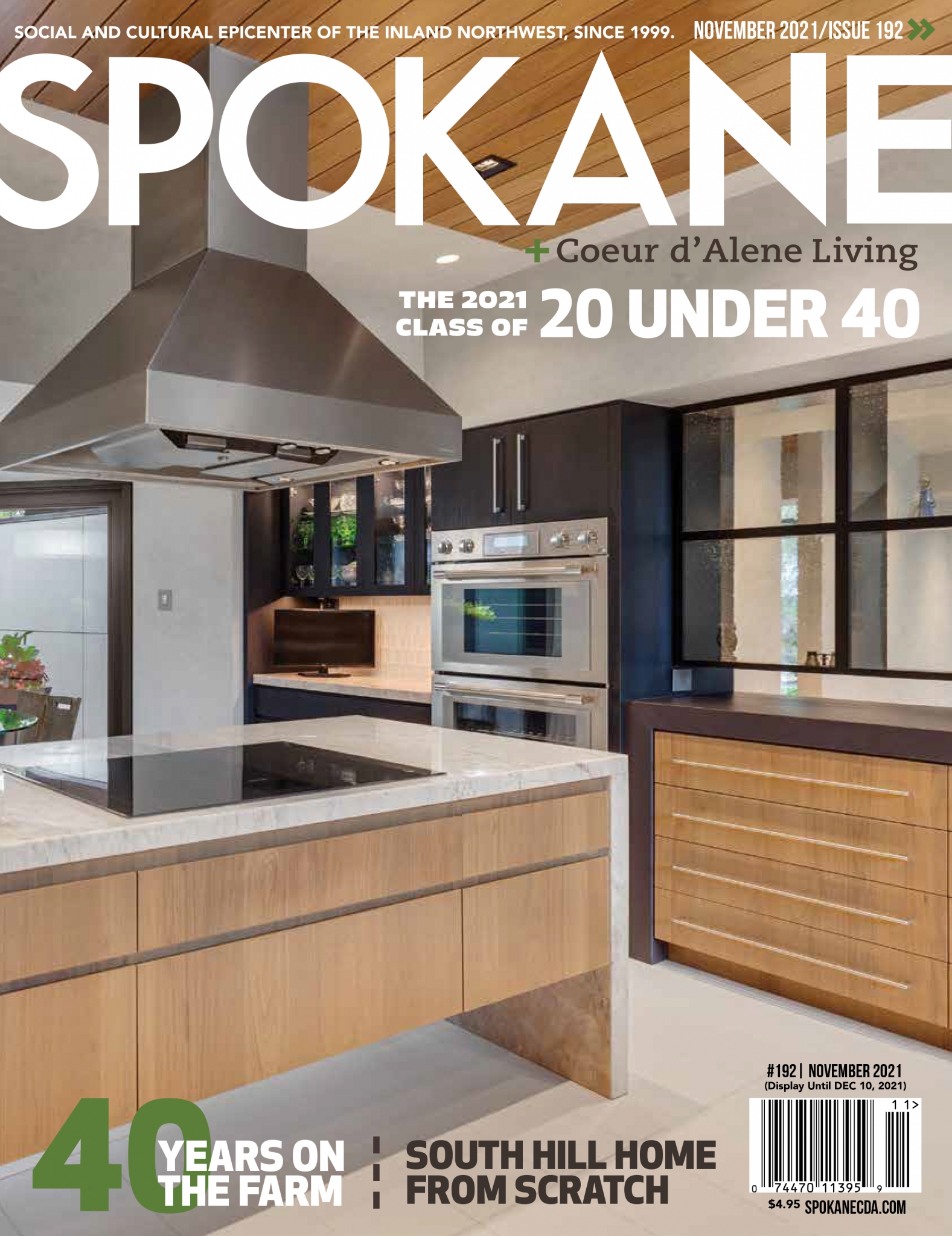 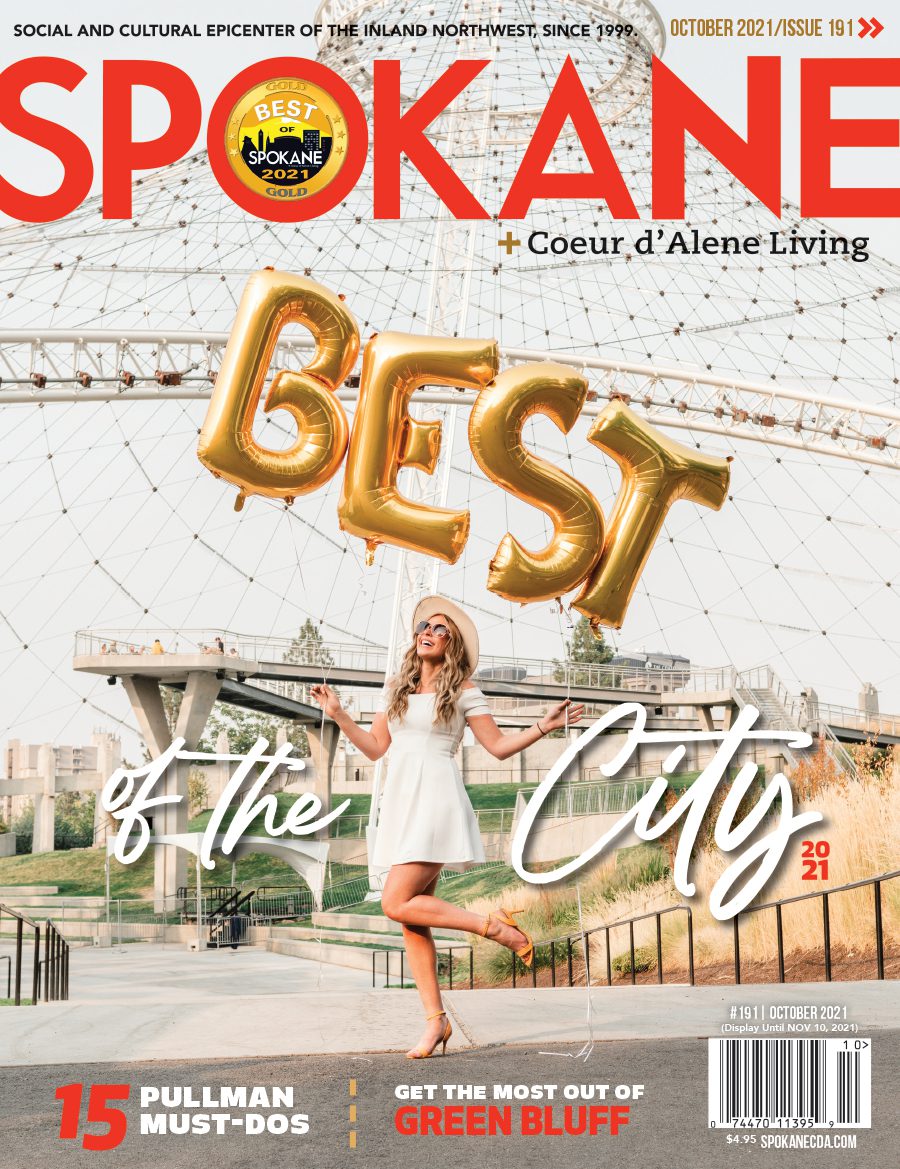 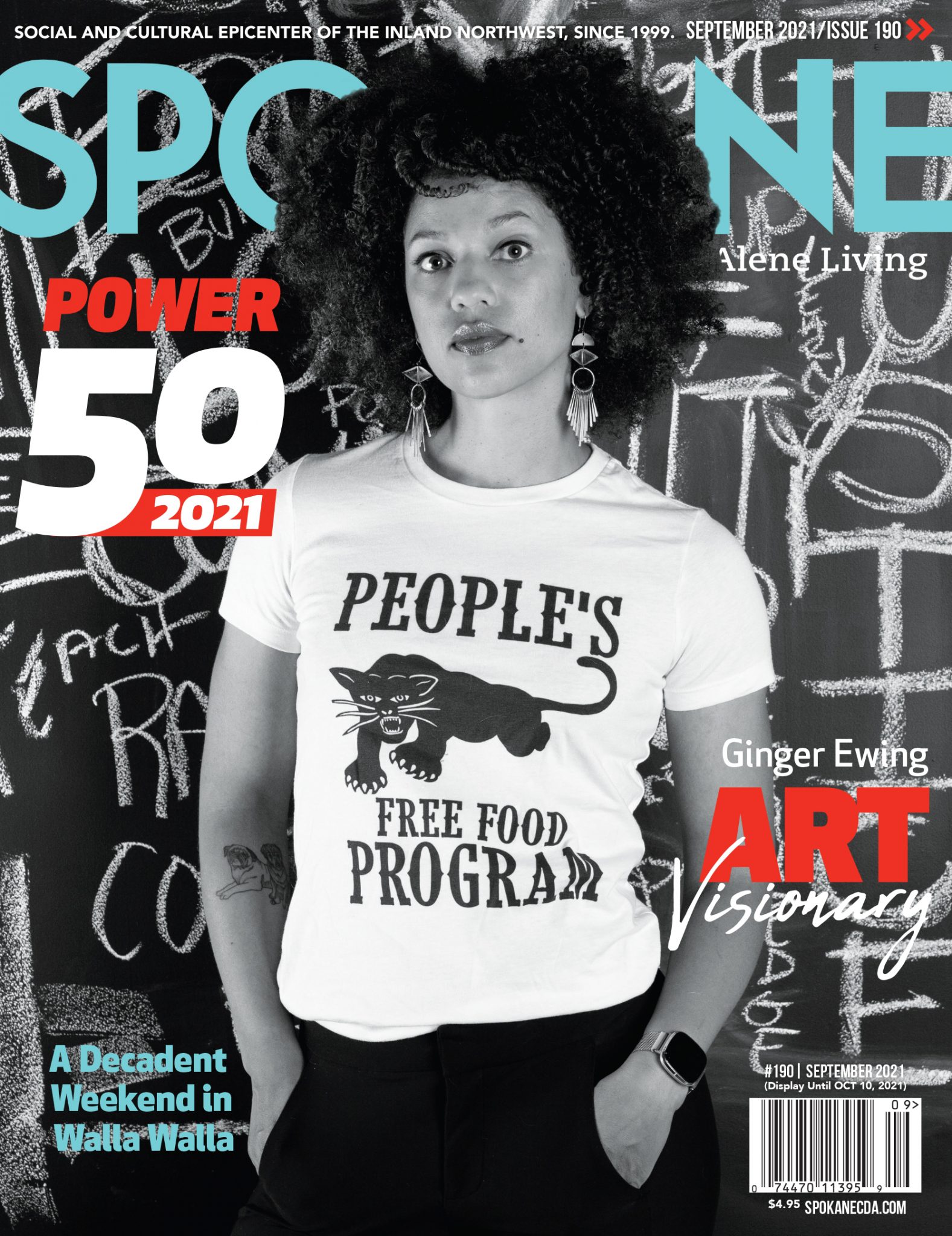 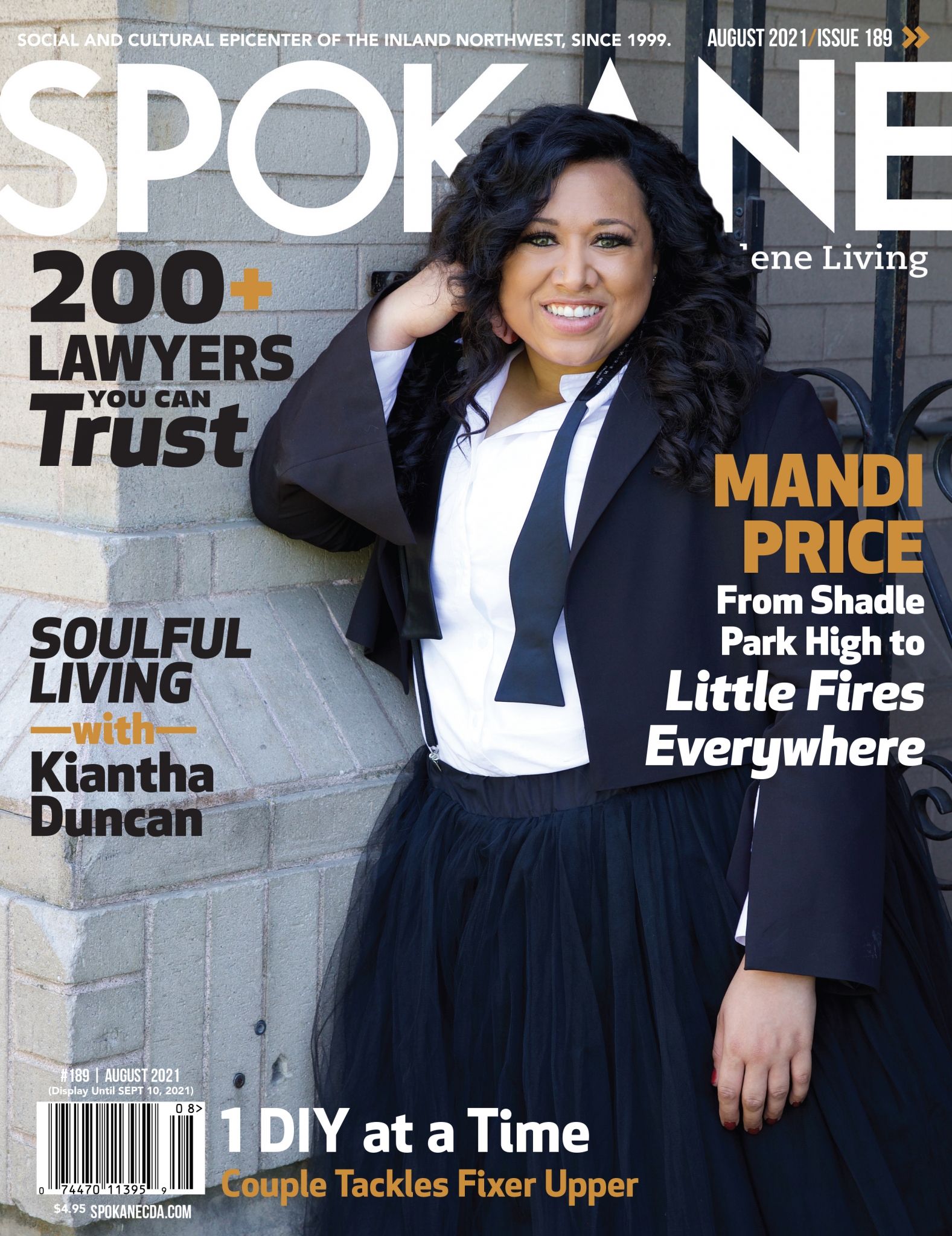 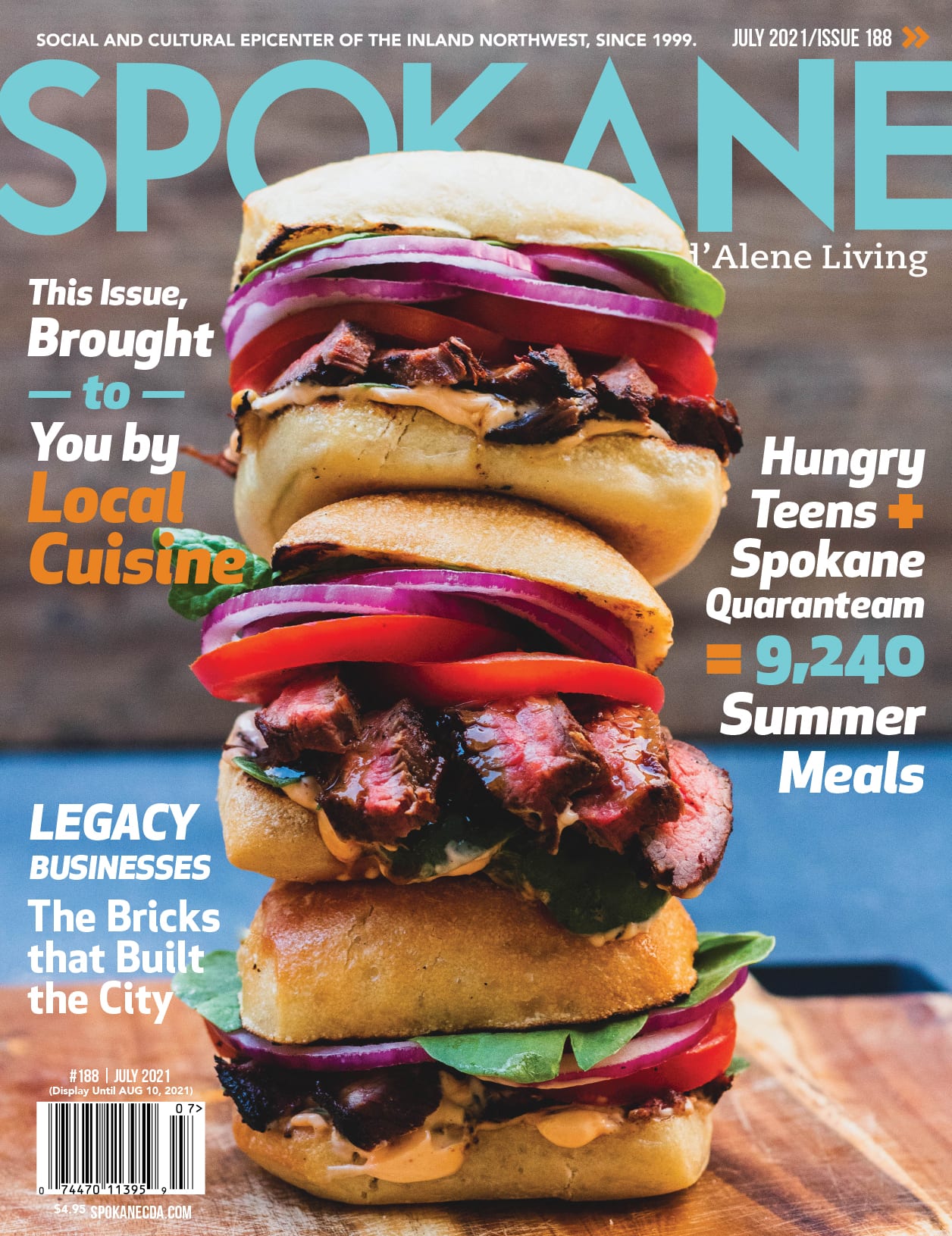 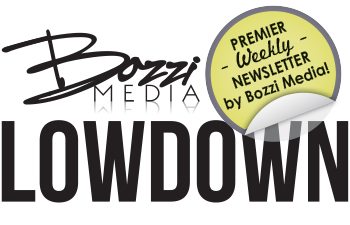 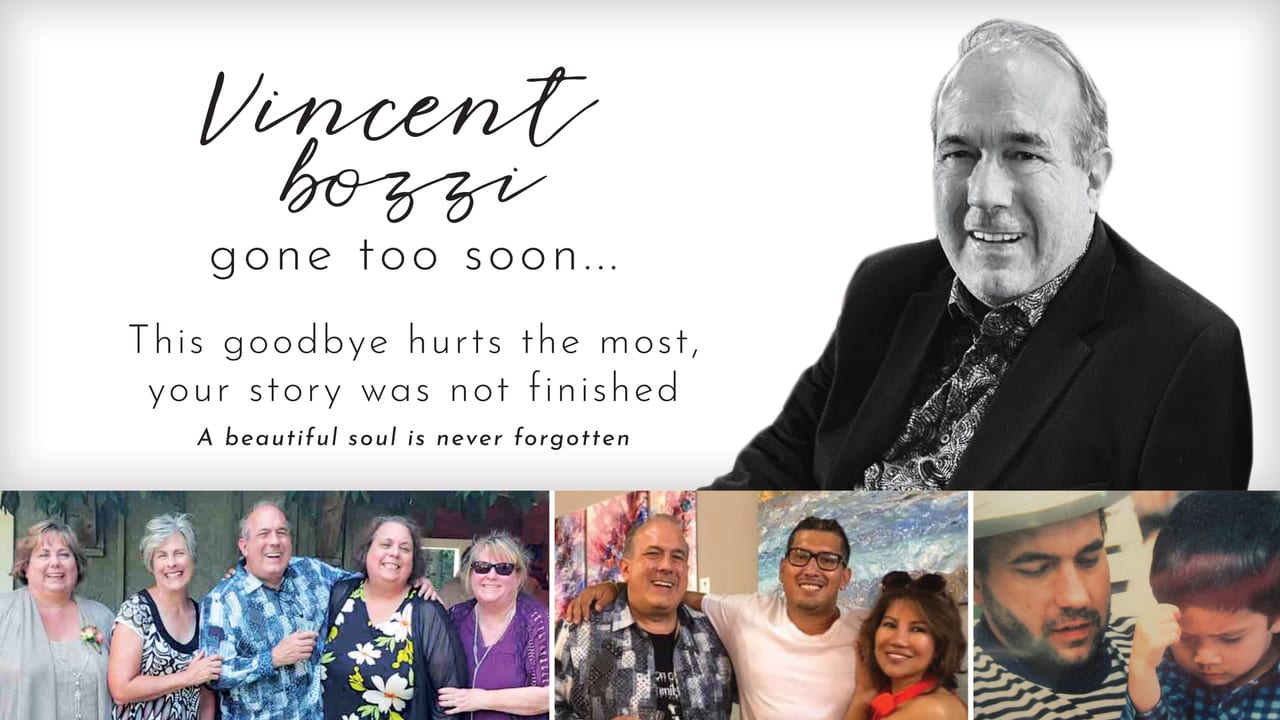 Best of the City, Nights on Broadway